At The Still Point

. . .searching for the dance

We have a beautiful paved running path near our house that is my constant refuge.  Above me the tree branches, most still green from summer, arch across the running path,  creating a tunnel of leaves. I run the path at least three times a week.  A sort of trade-off occurs when I force my body to move forward at a pace that is at best slightly uncomfortable and at worst painful.  Ironically, the more energy my body exerts, the less energy my mind exerts.  I am able to come closer to the “still point” as T.S. Eliot called it.

The thoughts start small and tentative as I move into my run, loosening and slowing as my legs under me beat a cadence that is felt throughout my body.  I stop noticing the pain in my problem knee, a song lyric sweeps across my consciousness, my eyes track a bushy brown squirrel in front of me – I feel the switch as I instinctively leap over the squirrel without breaking stride, caught in the joy of being airborne  if only for a moment.    And then my mind is moving freely: forward, sideways, backwards.  .I look down at my thighs, still tan from summer, my black running shoes appearing in cadence beneath me.  Da. Da. Da. Da. Even and strong.    My body feels strong and my mind is calm.  This is the dance for me.   There is no waiting for the other shoe to drop when I am on the path.   No self-recriminations, self-doubt and all of those other feelings that daily plague my monkey mind.

I have always been a little too pre-occupied with death.  I blame Disney.  All thosetouching, cute little movie characters that were abandoned or orphaned.  I was a sensitive child, and despite reassurances from my own parents, the world terrified from a very young age.   Around middle school  — not long after one of my classmates lost most of his family in a car accident  — I started “collecting” songs about death.  Then as I got older I was drawn to books about people surviving  unimaginable tragedies. I believed that with enough research  I could uncover a strategy, or a game plan for either dealing with or – even better, avoiding – the tragedy that I felt certain was coming my way.

I didn’t discover a plan.  I only fed my worrying, fretting, monkey mind.

I read something today.  “If you don’t change directions you are going to end up where you are headed.”  That simple line hit me harder than the dozens of “inspirational” quotes that I have pasted or posted around my home.  That simple statement was like hot oil landing on my arm.  It burned, and it made me move.  I want to change direction.  I don’t need to, but I really, really want to.

Up until a few weeks ago, I thought that my life had set its course, that it would go round and round and I would never be able to get off the damn spinning ride that I had somehow back-stepped on to when I wasn’t paying attention.  Through my running and my family, I had found my way to some small bit of serenity, and along the way that had become enough.  I had settled into the idea that I was incapable of extending those “still” thoughts into my “real” life in any substantial way.  I had settled into the rut and called it good.  But God is on my side even when I’m not and he kept nudging.  I am very good at undermining myself, and awful at taking simple, easy steps to improve my quality of life.   Yet I can force my body out to run at a grueling pace, and do so in any kind of weather.

I crave a still point that comes from the cadence of my fingers typing on a keypad.  I want to apply the same discipline that I applied to running to my writing.  I made it work with running, so why I am so frightened to do it with writing? 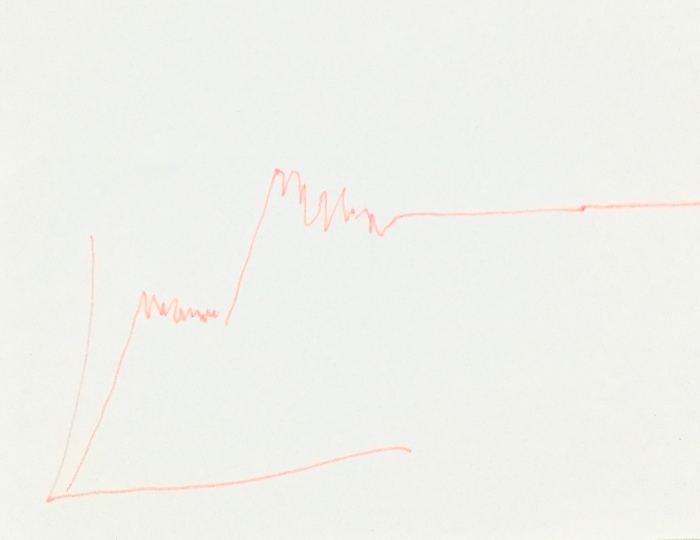 One of the changes that I am trying to make in my life is to have a regular writing schedule.  Like so many writers, I have put off my writing again and again, until the day is done — and on and on and on.  No noise.  No change.

With the hope that I will finally be able to make a lifestyle change to a place where I am writing regularly,  I am attempting BIG CHANGE.  Part of this big change is writing every day.  Someway, somehow, I must write every day.  And I anticipate a LOT of noise in the form of anxiety, urgent tasks, illnesses, and lots of sweating.

I haven’t defined exactly what type of writing that I must do for this BIG CHANGE.  Only that I must write every day.  So here I am on day two (I failed on day one), at 9:30 p.m., attempting to write a blog post.  I spent about thirty minutes before I started writing looking for a kitchen timer on Amazon, so that I might properly follow the Pompadora technique as so many how-to books have advised.   But then I recognized the search for what it was — procrastination, resistance — and opened up this blog.

My creative brain is being of no help whatsoever.  I can’t think of a single thing to write about except the fact that I am trying to write every day.  How in the world do those writers of “This Is Us” come up with all those amazing stories and dialogue week after week?  I feel like the stupidest person in the blogosphere.   What can I write?  Uhmmn, my dog is lying on my foot, nudging a pink fuzzy chewed tennis ball with her nose.  My husband is watching a football game.  It’s dark outside (not even a dark and stormy !)  The mosquitoes are bad.    And……   That’s all I’ve got.  No wisdom, no insightful quotes, no charming metaphors.   Just lots of noise.  White noise.  Irritating, nothing noise.  My husband was right.